ANOTHER PODIUM FOR JEAN-ÉRIC VERGNE AT THE MONACO E-PRIX!

The 6th round of the ABB FIA Formula E World Championship Season 8 took place this weekend on the legendary street circuit in Monaco.

For the first time for Formula E on the full circuit in Monaco,  DS TECHEETAH ended with a pivotal podium finish, with Jean-Éric Vergne finishing in P3, followed by António Félix Da Costa in 5th place.

Both of our drivers made a good start at the wheel of their DS E-TENSE FE21. A Full Course Yellow and a safety car interrupted the race, resulting in an expended race time of 4mins 30 seconds.

Jean-Éric Vergne put up a good fight with strong competition from the top of the grid and was one of the main protagonists in this exciting race, crossing the finish line in 3rd place. With 15 points scored, the French driver is now second in the overall standings, only 6 points behind the leader.

António Félix Da Costa started the race in 10th position on the grid but fought his way up to 5th place, battling all race long to score precious points in the championship.

25 points were scored this weekend by the DS TECHEETAH drivers which places the team second in the constructors classifications.

After a prestigious race in the Principality, the next FIA Formula E will take place in Berlin the 14th and 15th of May. 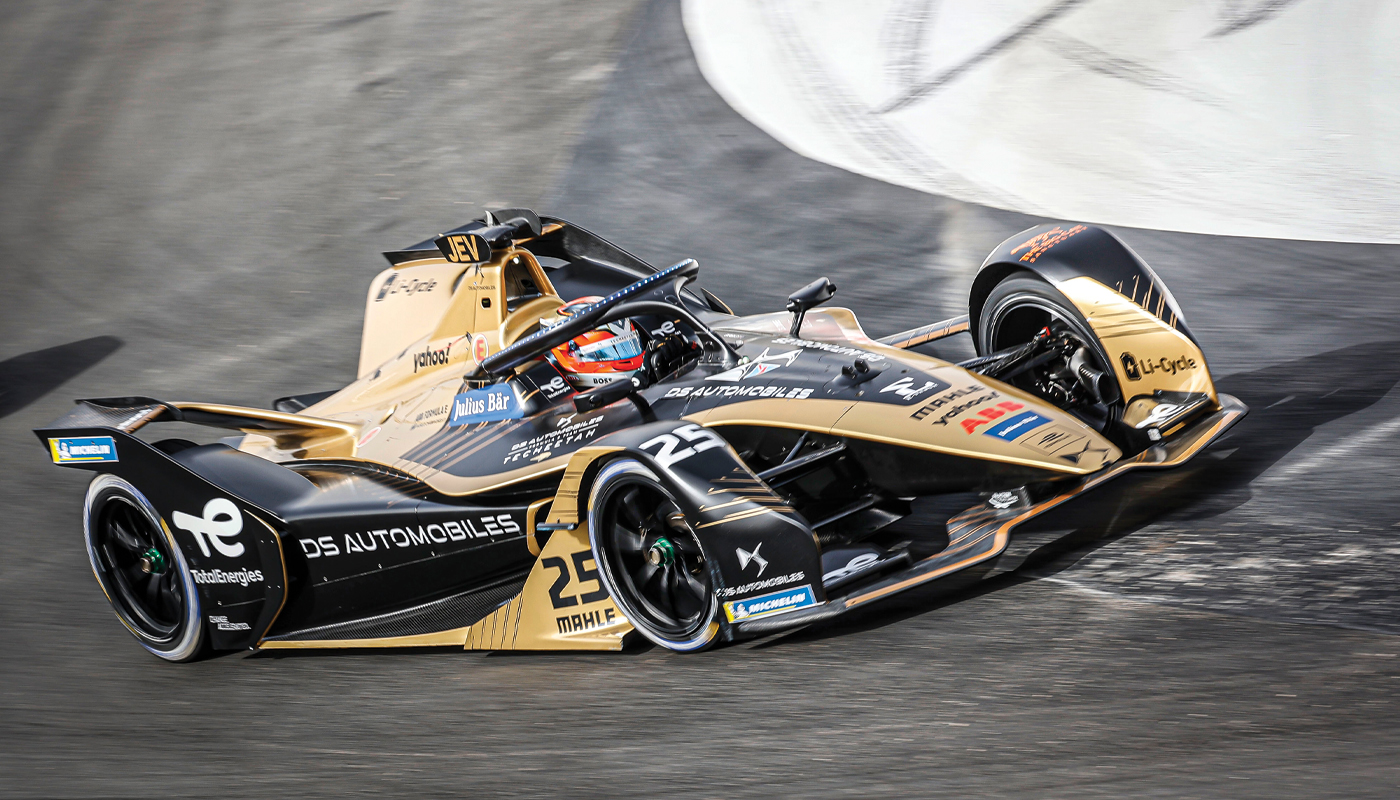 “This race shows once again the consistency of our team and the performance of the DS E-TENSE FE21. JEV is once again on the podium and Antonio fought back to the top 5! Thanks to the points scored by our drivers, the team is now second in the championship, only 15 points behind the leader. We are now definitely in the race for the title and I’m confident for the rest of the season!”

“In general a great weekend for the team with JEV maintaining his position in the top three of the drivers’ championship and the team moving up into the top two behind Mercedes, so a great day for everybody. We go forward now into the next race where we can continue to compete for the championship.”

“I finished third and I’m quite happy with the race obviously. I wanted to win it but I got unfortunate with the second attack mode, as when I activated it the full course yellow came out, which ruined my chance to win. I’m still happy with third, we scored strong points in the championships, and we are going to come back stronger in Berlin.”

“I’m happy with the race, not so happy with qualifying where I put myself in a difficult situation. Today we had the car, the pace, so it’s always fun when you can race like that. The team gave me a great car, probably the best one I had this season so far, which gave me a lot of confidence.”