This has been the most competitive season in the history of the series and attempting to retain the double crown for a third consecutive year was a huge challenge for DS TECHEETAH. Still, the team and its two drivers, António Félix Da Costa and Jean-Éric Vergne, fought at the front for the entire season, keeping their title chances alive until the very last race. Eventually, DS TECHEETAH finished on the third step of the Teams’ podium, with Da Costa and Vergne finishing 8th and 10th respectively in the Drivers’ standings.

Sunday’s race, the second of the Berlin E-Prix, perfectly reflected the entire season: it was fiercely fought until the last lap and marred with incidents, which prompted one red flag and two full course yellow periods.

Da Costa and Vergne had a difficult qualifying session on the 2.335 km Templehof track, with the two DS E-TENSE FE21 taking P15 and P16 on the grid. They gained a few positions in the initial phases after the second start of the race and after using their attack modes, they were 8th (Vergne) and 12th (Da Costa) and in a good position to improve. Unfortunately, the Portuguese driver was squeezed against the wall by a rival and had to retire (lap 22), while Vergne crossed the line 11th, following contact in the very heated closing laps.

The season is now over and the team is already actively preparing for Season 8, which will kick-off in Saudi Arabia, at Al Diriyah on 28-29 January 2022. 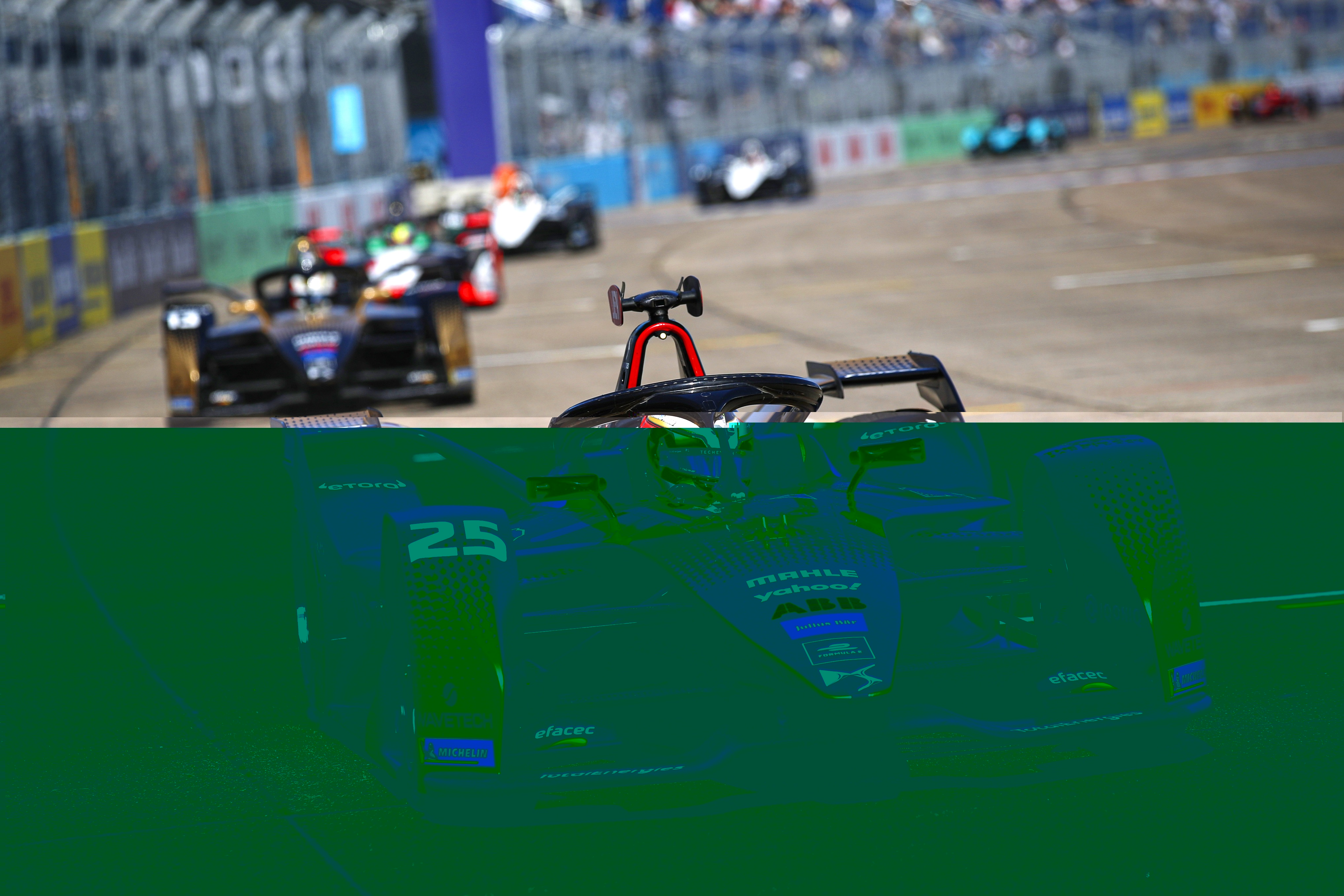 “That’s it for this season, it has been quite a ride this year, there have been a lot of good things and some areas to improve. We finish third, but more importantly, we have a very strong team, who likes to win, and we are going to work very hard to come back stronger and fight back next season. This is our only objective now.”

“We should not be ashamed to lose a championship so closely-fought like this… We came into the last race with the team and the two drivers still in contention for the titles, we can be proud of that. It was a difficult weekend, we had a good first qualifying, but then, we simply had not the right pace. Congratulations to Mercedes and Nyck De Vries for their titles, and we will come back to give them a hard time next year! We have a great team and we are going to work hard in the off-season, I can’t wait to start again!”

“After a disappointing qualifying in group 2 the team came up with a sensible but aggressive strategy to take opportunities when they arose, in what was bound to be an eventful race. Midway through the race it seemed this strategy would allow us to compete for the Teams Championship, alas this wasn’t to be with our drivers falling foul of some aggressive driving tactics. We’re happy to finish 3rd in the first ABB FIA Formula E World Championship together with DS automobiles and offer our congratulations to the Mercedes EQ Formula E team and Drivers Champion Nyck de Vries.”

“This has been the most competitive season in Formula E, both from a technical and strategic point of view. After 15 very intense races, where every single point has been fiercely fought, we finish at a very honorable third place in the Teams’ standings. Today, the objective is clear: to work hard to be back on the top of the podium as from next year!”