FIRST POINTS OF SEASON 8 FOR DS TECHEETAH AT DIRIYAH

Former Double Formula E champions DS TECHEETAH did not get the results it was hoping for.

Jean-Éric Vergne started from 13th on the grid and driving the DS E-TENSE FE21 made a good start and maintained his place despite low grip on track. After 45 minutes of intense battle, the double Formula E champion took the chequered flag at the 8th position scoring the first points of the season for the team in the Drivers and Teams classifications.

Unfortunately, António Félix da Costa who started from 16th at the wheel of the other DS E-TENSE FE21 was hit by another competitor on the first lap and was forced to retire.

“As expected, the performance between all the cars is very tight. This season it’s the small details that will make the difference, and it’s exactly those details that did not allow us to show the pace during qualifying that our drivers had during free practices. We also know that when you start a race in the middle of the field it is riskier, and António was one of the victims. On the other hand, JEV showed the performance of the car going from 13th to 8th to score our first points of the season. The team is obviously disappointed but motivated to do better tomorrow.”

“Well it obviously wasn’t the start we wanted to the season after having good pace in Free Practice. António had an unfortunate incident on lap 1 putting him out but JEV continued to fight hard the whole race and moved up a very respectable 5 positions to finish P8. Tomorrow is another day and we will regroup and be pushing for the win”

“Obviously it’s not the way we wanted to start the season. We had a difficult qualifying and we have several things to improve on for tomorrow. Regarding the race the start was not good and then I got hit by another driver and it was the end of my round.”

“It was a tough day, I was expecting more than this. Obviously qualifying was not as good as I wished, being blocked by another driver and not able to do another push lap. We had the pace to fight for the top 3 positions, so it was disappointing. But in the race, starting 13th and finished 8th, we had very strong pace and scored 4 points which is better than nothing. We are lucky that tomorrow we have another race to fight. 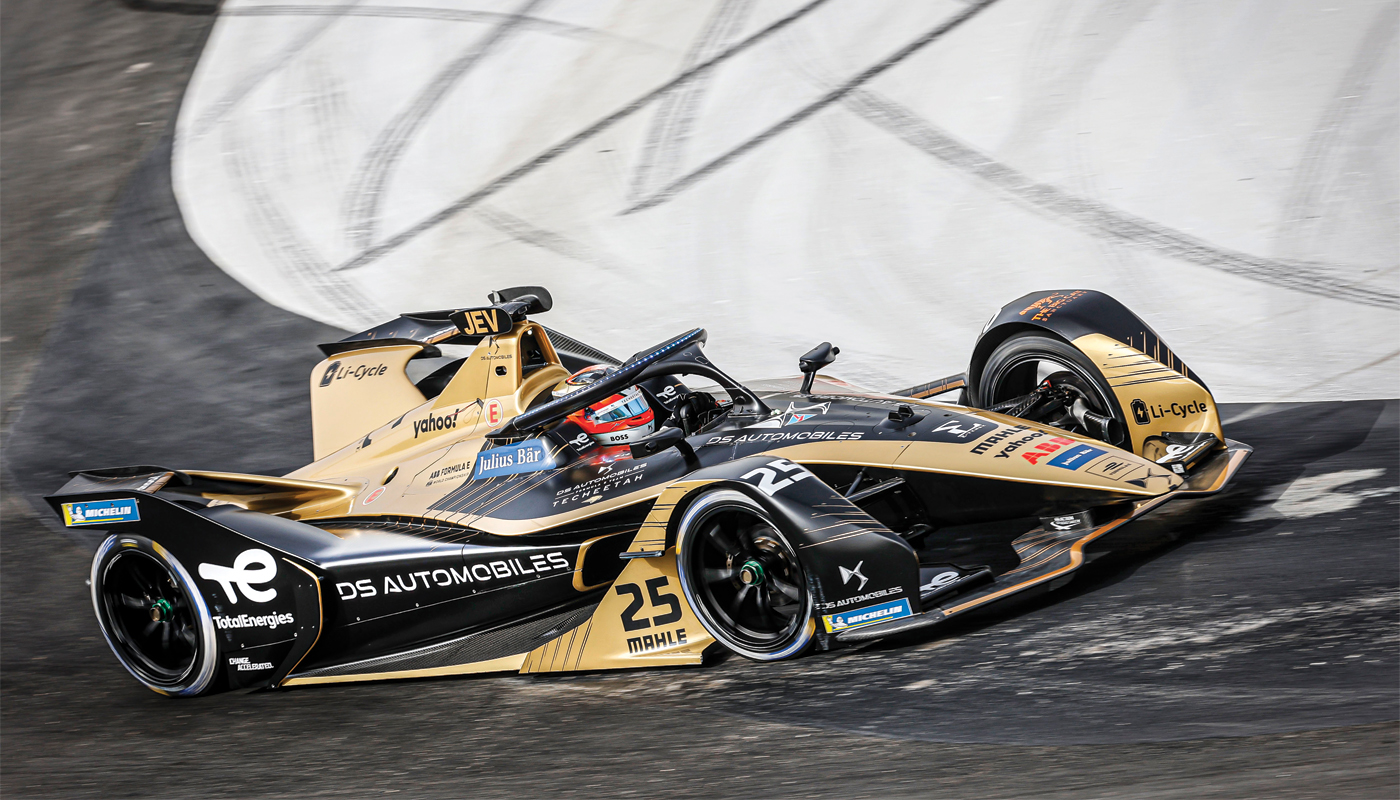 For the second race of the 2022 Diriyah E-Prix, DS TECHEETAH scored some precious points. Starting from 6th and 7th place on the grid, Jean-Éric Vergne and António Félix da Costa both made a great start at the wheel of their DS E-TENSE FE21.

Jean-Éric Vergne, driving the DS E-TENSE FE21, fought hard to maintain his position in a very tight and competitive field. The race was interrupted by a Safety Car with 7:42 minutes remaining. The double Formula E champion took the chequered flag in 6th position gaining 8 points for DS TECHEETAH.

António Félix da Costa’s weekend was not what the team hoped for but with a 13th place finish during this second round of the Diriyah E-Prix, the Portuguese driver showed good pace, with some precious information collected for the remainder of the season.

“We are leaving Saudi with some points and lots of lessons learned. The new qualifying format changes significantly the philosophy of the championship and we will need to adapt ourselves to this new format. Today’s race once again showed that our DS E-TENSE FE21 is fast but also how much the performances are tights between the cars and the drivers. The race in Mexico is really soon and it will have to be our rebound race.”

“We certainly improved our pace today and we were very happy to have both drivers in the qualifying shootout. Antonio had a tough race and unfortunately finished out of the points. Like in race 1 JEV battled incredibly hard and finished 6th. Now we move on to Mexico.”

“First weekend done, 8th and 6th. Obviously not what we wanted but in order to win the championship I think these races are very important to maximise the amount of points we can get. We started with a good base, now we just need to improve this a little bit in order to fights for the win in Mexico. I’m very happy with the team and the work we produced. I’m now going back to Europe now to get ready for the next race!”.

“It was one of the hardest and character-building weekend I had in a long time. I think it’s hard days and weekends like that that define a person. Obviously, we need to learn, understand and come back stronger. We had some difficulty with the car the last couple of days on a few areas which we know exactly where to improve so we will be ready for Mexico to fight back. It’s a weekend to make ourselves stronger, to learn for the rest of the season.”

The second E-Prix of the ABB FIA Formula E World Championship will take place on the 12th of February in Mexico.