DS TECHEETAH scored some important points in Valencia despite a frustrating racing weekend on the Spanish track.

The Valencia E-Prix weekend was intense, mixing hope and frustration for DS Automobiles. António Félix da Costa dominated the 1st round but was deprived of a sure victory due to the decisions of the race director. The Portuguese driver was also penalized in the second race while he aimed to finish in the top ten. Fortunately for DS TECHEETAH, Jean-Éric Vergne and his DS E-TENSE FE21 scored important points on both rounds by finishing 9th and 7th on the Spanish track. 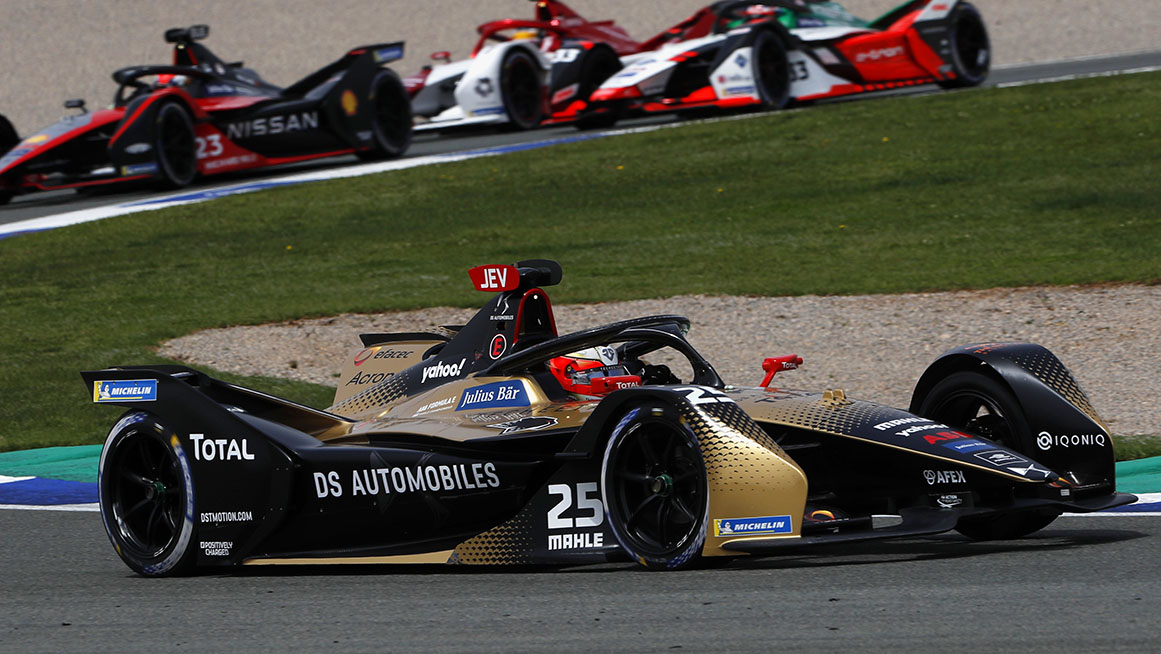 It was a frustrating Saturday afternoon in Valencia for DS TEECHETAH. Starting from the pole position spot, Da Costa mastered everything in this 5th round of the ABB FIA Formula World Championship but he saw his sure victory vanish in the final lap. The many energy reductions trigged by the race director surprised many drivers and Da Costa found himself with too little energy to finish the race and had to back off the pace to be able to cross the line in seventh. A post-race disqualification for overuse of power finished Da Costa’s day on the opposite end of where it had started. Vergne emerged unscathed from an eventful race to take the 9th position after starting from P12.

On his 31st birthday, Jean-Éric Vergne started from P7 and he crossed the line in that same position at the end of the race to score important points for DS TECHEETAH. António Félix Da Costa, who qualified 12th, was aiming to finish in the top ten but a drive-through penalty for improper use of his second attack mode put him out of contention for the points.

After this frustrating Spanish weekend for DS TECHEETAH, the ABB FIA Formula E World Championship will now head to Monaco for the 7th round. The only single E-Prix of the season is scheduled for May 8th in the Principality and will for the first time see Formula E race a longer version of the iconic street course than it has in previous years.