DS TECHEETAH scored some important points in Puebla and sits in second place of the teams standings.

For this Mexican episode, the ABB FIA Formula E World Championship took place at the Miguel E. Abed autodrome in Puebla. A great premiere since the launch of the 100% electric category. Overall, DS TECHEETAH could have expected better results from this first visit to Puebla, given the level of performance shown in recent races, but the race hazards denied the opportunity to collect more points. Still, DS TECHEETAH sit in second place of the teams rankings and António Félix da Costa and Jean-Éric Vergne leave Mexico having increased their points total as they head into the final part of the season. 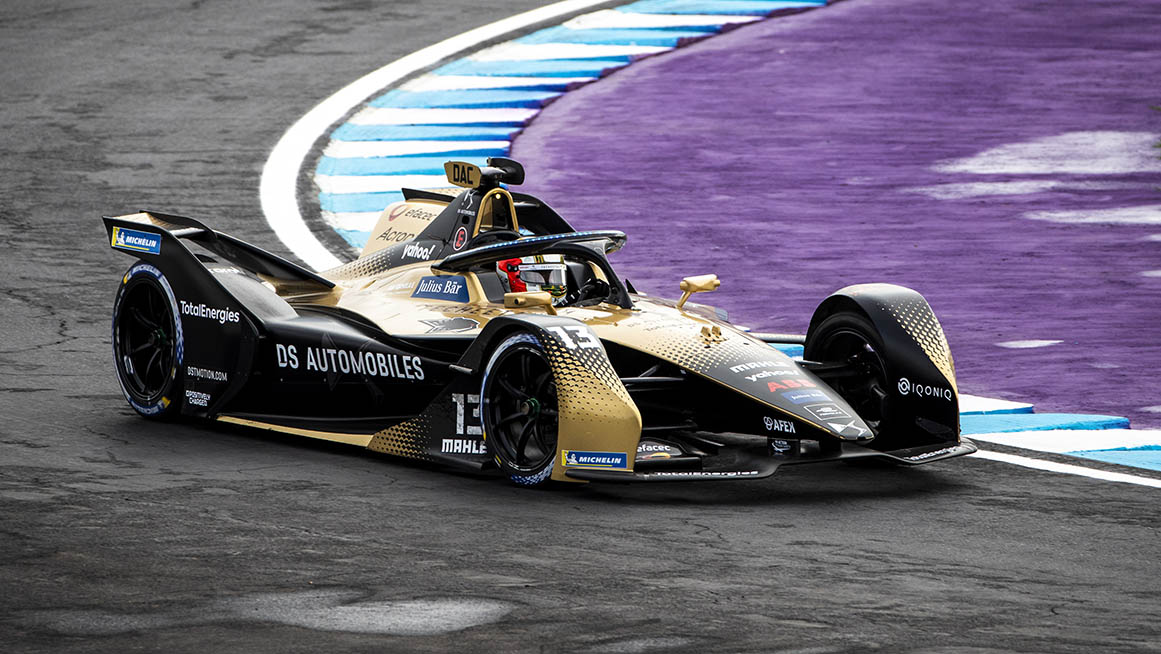 In the first confrontations of the weekend, DS TECHEETAH drivers had very different outcomes. After his victory in Monaco, António Félix da Costa managed to score valuable points again by finishing in sixth place after a nice comeback from eleventh position. Unfortunately, Jean-Éric Vergne had been forced to retire early. While fighting for a place on the podium, the French driver was sent into a wall by a rival as he exited the Attack Mode area.

With a great qualifying lap behind him, Jean-Éric Vergne started P4 and had his eyes on the podium. But the Frenchman’s DS E-TENSE FE21 eventually finished 8th after a race made complicated by an overall lack of grip. As for Antonio Félix da Costa, he did not give up despite starting from the bottom of the grid. The Portuguese driver climbed through the field up to 16th before suffering brake overheating after the piece of a wall advertising banner got wrapped in the front of his car, which eventually caused him to hit the wall. Despite his retirement, António Félix da Costa now sits third in the drivers championship.

After a difficult weekend in Puebla, DS Automobiles is now second in the teams standings, only 3 points from the top. With six races still to go, the ABB FIA Formula E World Championship still promises plenty of surprises for the remainder of the season. After South America, the competition will soon head to North America for another double-header, as the 9th and 10th rounds are scheduled in New York on 10-11 July.