The second race of the New York City E-Prix, twelfth round of the ABB FIA Formula E World Championship season 8 got underway this afternoon with the Statue of Liberty watching the two DS TECHEETAH drivers.

The day started with the third free practice of the weekend followed by the qualifying session. During this session, António Félix da Costa fought until the end and finished in second position. However, following a penalty given to the original poleman, Da Costa was upgraded to pole position, his second of the season. On Jean-Éric Vergne’s side, the qualifying did not go as planned and after hitting the wall, the French driver qualified 12th on the grid.

At 13h, local time, António Félix da Costa and his DS E-TENSE FE21 started at the front to race the streets of NYC. The Portuguese driver had to fight hard to keep his leading position facing strong competition. After 45 minutes of racing, António Félix da Costa crossed the finish line first to deliver DS TECHEETAH its first victory of the season and 25 points for the Championship standings.

Jean-Éric Vergne, started from 12th on the grid and after the start, managed to climb to 10th position and in the points. But with less than 2 minutes on the clock, the DS E-TENSE FE21 of the French driver got caught in an accident and the car was then too damaged to finish the race. 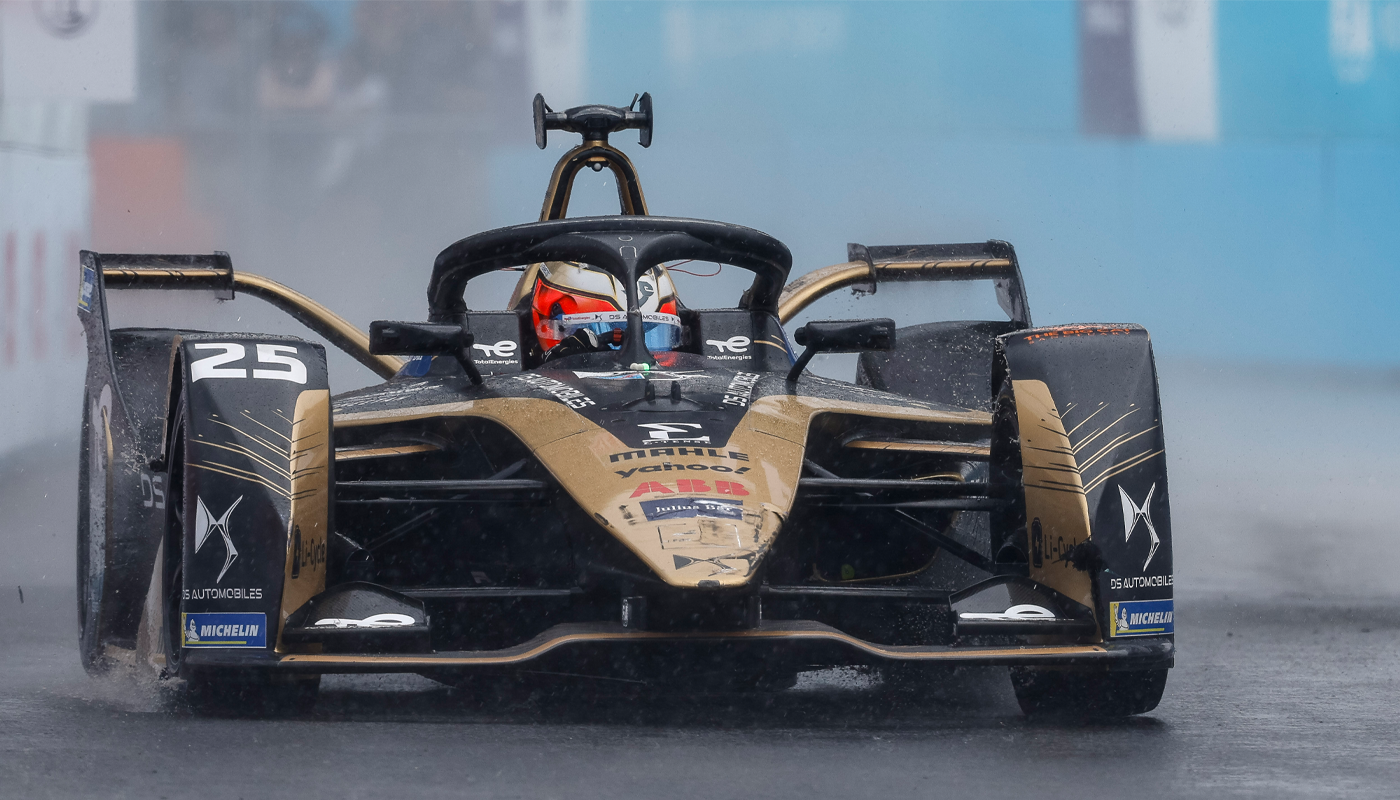 “I’m really proud of our team today. Thanks to the great victory of Antonio, we finally concretized the performance that we have had since the start of the season! JEV was not lucky here I’m sure he will come back stronger in London and we will be able to stand on the top step of the podium with him as well.”

“What an amazing day after a difficult start to the NYC E-Prix weekend with Antonio Felix Da Costa leading the race from start to finish having started on pole. It was an exciting race, many battles with the championship protagonists with Da Costa now being up to 6th in the drivers’ championship in reach of the title. It was an unfortunate day for JEV where he ran as high as 10th after a difficult qualifying session, but with 4 more races in the championship we are still fighting hard with the Mercedes’ powered teams.”

“It’s been a funny year for me, we had difficult moments and we bounced back. I’m busy every weekend, doing what I love, I’m now leading the WEC, winning there and now here, I’m just enjoying the wave. And seeing the happy faces in my team is just priceless. Winning the New York E-Prix is just an amazing feeling, leading from lights to chequered flag it’s awesome. The DAC is back!”

“A difficult race once again, the start was not really good as I was on the inside so I lost a few positions in the traffic. After, the first part of the race was good, I fight back up to 10th until I got hit and ended in the wall so I could not score any points today. But the season is not over, and we still have 4 more races to battle for the Championships.”

The next two rounds of Season 8 will take place in London on the 30th and 31st of July.