The 4th and 5th rounds of the ABB FIA Formula E World Championship took place in Rome this weekend.

On a challenging track for both drivers and cars, Jean-Éric Vergne started the race from pole position after a thrilling qualifying. His pole is the 14th of his Formula E career and the 18th of DS Automobiles since its debut in the 100% electric championship.

At the wheel of his DS E-TENSE FE21, Jean-Éric Vergne made a good start to maintain his leader’s position. After 50 minutes of racing, as 5min15s were added to the racing time due to two safety car periods, Jean-Éric Vergne crossed the finish line in a well-earned 2nd position. The French driver delivered a strong race in the face of fierce competition.

António Félix Da Costa started the race in 9th position on the grid and took the chequered flag in 13th place.

This comes after a thrilling race on the emblematic 3.385km Roman circuit for Round 4 a day prior. With sinuous turns and several bumpy breakings the DS Automobiles drivers, JEV and DAC finished 4th and 6th at the wheel of their DS E-TENSE FE21.

Following this 5th round here in Rome, Jean-Éric now leads the drivers’ Championship and DS TECHEETAH stands 3rd in the Teams’ standings.

The next round of the ABB FIA Formula E Championship will take place on the 30th April in Monaco, a historic track where DS TECHEETAH was victorious in previous seasons as it took wins in season 5 (JEV) and another one in season 7 (DAC). 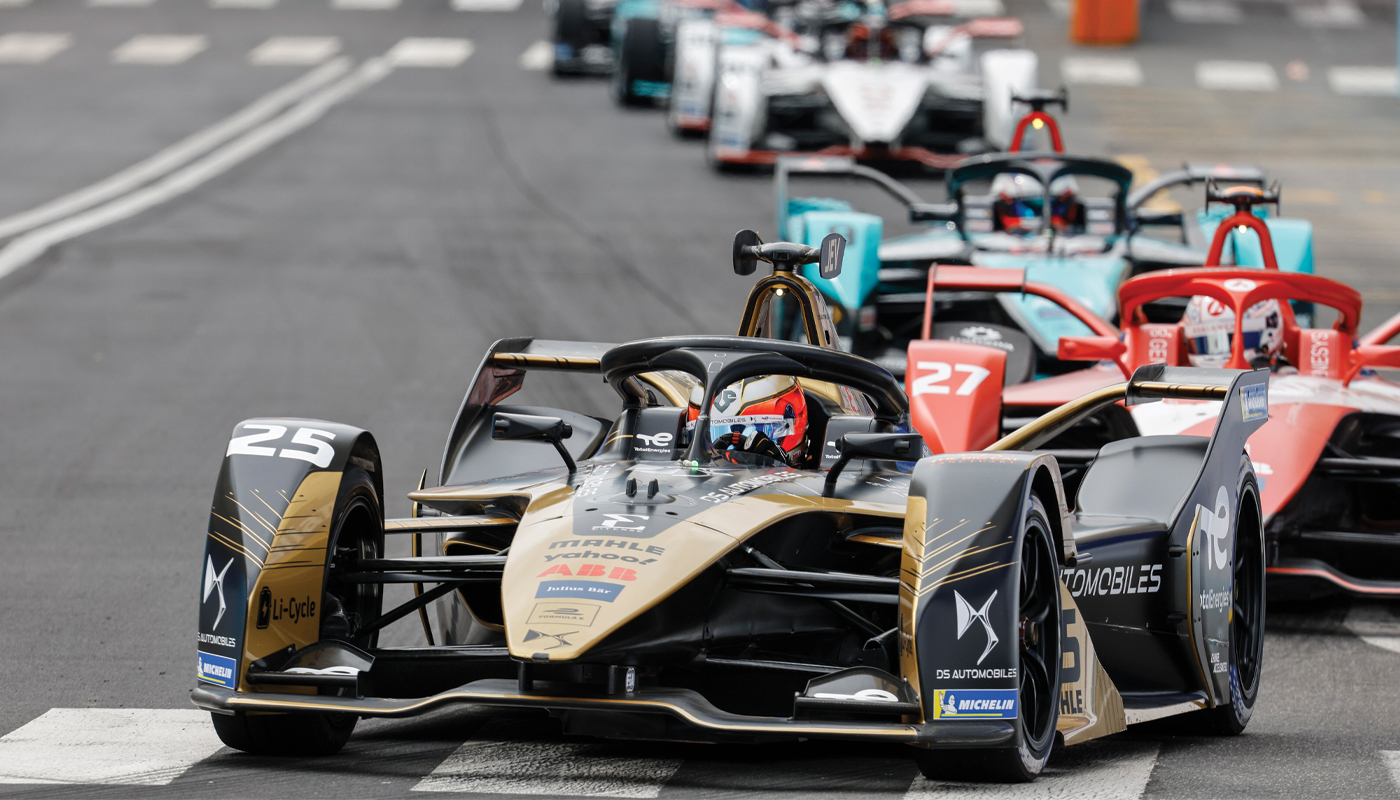 “We confirmed today our package performance on this beautiful circuit of Rome with JEV’s pole position and second place. It’s the first of the season which is a really good thing. Starting from the front of the grid, JEV had a strong performance and finished second which takes him into the lead of the championship and the team into 3rd place. We are now firmly back in the fight!”

“It’s good to be back at the lead of the championship, JEV did an amazing job today but Jaguar was a bit too quick for us. Pole position was nice also to bring some more points so looking forward to Monaco where we usually are quite fast and have had good results.”

“A good day in Rome, pole and second place. Obviously when we start first, we hope for a win but today the Jaguar of Mitch (Evans) was too strong. I’m happy with the points, we will go home, work harder and try to arrive in Monaco with an even better car for the win.”

“We had the pace all weekend, so I won’t go home angry or disappointed. But right now I’m just struggling a lot to understand a few things in the car, a new philosophy of doing things. I went off on my own three times this weekend and I cannot remember when it last happened in the last 10 years. So I need to study, to understand and to improve a few things. I’m good and I’m able to reset and remotivate myself before any event so I will be all fine when I will get to Monaco.”