RECORDS IN FORMULA E AND NEW DEVELOPMENTS FOR DS AUTOMOBILES

DS TECHEETAH has been collecting records over the course of the four Formula E seasons with the GEN2 single seater.

Having already begun development of its third generation single seater which will line up to compete in January 2023, DS Automobiles has committed to the Formula E World Championship, helping accelerate innovation for our electrified E-TENSE range.

The first premium manufacturer to commit to Formula E from 2015, DS Automobiles is following the development of the 100% electric series. With a first-generation single seater using a 200 kW motor and a 28 kWh battery, DS Automobiles took five wins while twice finishing in the top three of the Teams’ ranking.

The only manufacturer to have competed in every Formula E season since the start of the championship, DS Automobiles made its mark on the four seasons of the GEN2 single seater through its team DS TECHEETAH. With power increased to 250 kW and a 52 kWh battery, DS TECHEETAH lifted two Teams’ titles and two Drivers’ titles (Jean-Éric Vergne in 2019 and António Félix da Costa in 2020). During these four seasons, the team based in the Paris region chalked up a record for wins (10), a record for pole positions (14) and a record for podiums (28) in 55 races, while finishing – every year – in the top three of the Teams’ classification. 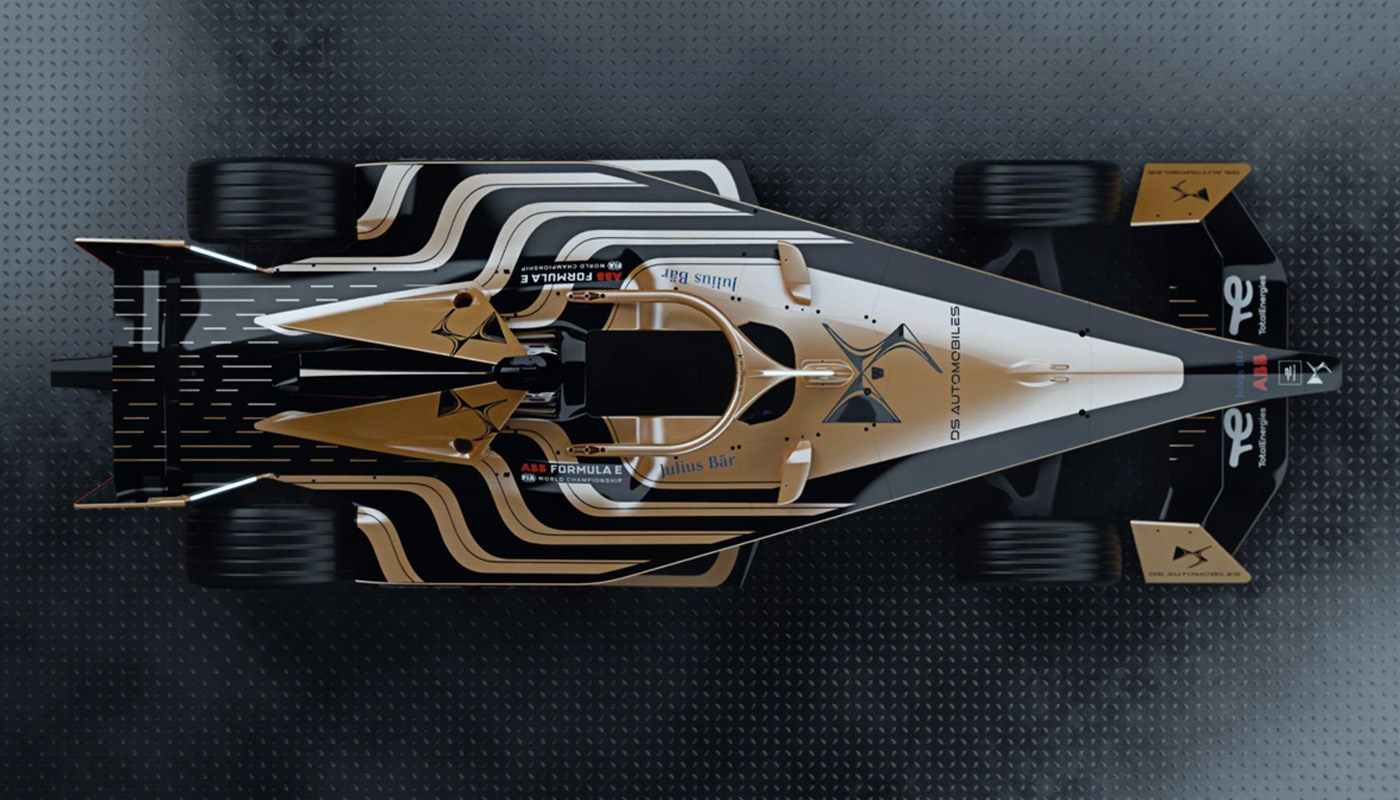 Taking advantage of this series of records accrued with the second-generation Formula E car, DS Automobiles started the design of its third-generation single seater, the most powerful and advanced 100% electric single seater.

Work began this year. With power boosted to 350 kW and the capability to recover 600 kW of energy produced by the front and rear axles, this new single seater will be the fastest and most efficient ever made.

At the same time as these developments, DS Automobiles is continuing to establish close ties between research by DS PERFORMANCE and the future of its production models. Already shown at the start of 2022, the DS E-TENSE PERFORMANCE prototype is being used as a high-performance laboratory for testing and evaluating new technology.

Featuring two electric motors with a total power of 600 kW and a battery with an innovative chemistry, it reaches 100 km/h in just 2.0 seconds. The experience gathered will very shortly lead to the introduction of a completely new electric motor that’s more powerful and efficient and bound for E-TENSE production models.